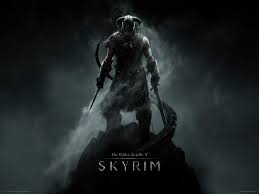 skyrim is a RPG

Unbound in Skyrim the first quest you start with, is called Unbound. You are going to and execution, where a dragon come in. You can either escape with Hadvar an nord that is with the Empire. Or Ralof who is with the Stormcloaks

after Unbound you get the quest Before the storm. You are going to go to Riverwood a stelment. if you escaped with Hadvar you are going to talk with the blacksmith Addvar, or Gerdur if you escape with Ralof. and then they ask you to go to Whiterun to tell the jarl about the dragon.